Alexis Claire[1] Rose is Johnny and Moira's bratty daughter, who struggles to find her calling in life. She is a main character on Schitt's Creek.

Now that Alexis is stuck in Schitt's Creek, her dating options are limited, but she does spend time with a rugged local named Mutt while serving community service for accidentally entering the Prada store inside a car. Alexis is kindhearted to a fault, which means that she's often juggling multiple relationships, and she loves to gossip about other people's lives, but she has nothing but good things to say about herself.

Alexis is the daughter of the once wealthy Johnny and Moira Rose. Alexis has one older brother, a former gallerist and current business owner named David. Prior to moving to Schitt's Creek, Alexis spent much of her time away from her family in exotic locations around the globe as a teen model and socialite.These escapades were often as dangerous as they were preposterous, such as the time she was "taken hostage on David Geffen's yacht by Somali pirates for a week", or the time she was trapped in a Saudi prince's palace. But with her ingenuity (and her brother David's help), Alexis always found her way to safety. All of this extra curricular activity subsequently left her little time to complete her high school education, a gap she later fills while in Schitt's Creek.

Alexis’ time abroad has provided her with much life experience, but little in the way of family relationships. She is notably distant from her mother, Moira, and bickers with her older brother David over trivial matters, such as who gets the bed furthest away from the door in the motel room. Alexis nevertheless relies on her brother for support and is quick to offer encouragement and advice as David navigates love and life in Schitt's Creek. In this sense, she often mirrors her father, Johnny, who tries to keep the family grounded and help them in even the smallest matters – such as Alexis’ written grammar.

Despite her family issues, Alexis is quick to develop relationships with the townspeople of Schitt's Creek. Most notable are the romantic relationships she engages in with local hippie-type, Mutt Schitt, and the town veterinarian, Ted Mullens. She vacillates between the two men for the first few seasons – even turning down two marriage proposals – before taking some time to focus on herself. She and Ted reunite at the end of season four and remain a couple through the fifth season, though end things in the sixth season.

By completing high school, Alexis doesn’t waste a minute and jumps full steam ahead into a college program. She quickly begins to put her marketing skills to use around the motel, starts her very own PR firm (Alexis Rose Communications), and buries herself in organizing a Singles Week for the town.

Alexis wears a "bohemian" wardrobe inspired by the likes of Sienna Miller. The character's style is also a reflection of her time spent traveling in New York and Europe. As such, she is frequently seen sporting designers such as Isabel Marant and Derek Lam.

Alexis arrives in Schitt's Creek a highly self-involved "celebutante". She is often comically oblivious and frequently misinterprets the actions of those around her. Still, Alexis is also generous and kindhearted, embracing the potential of nearly every individual or opportunity she comes across.

Alexis speaks with a vocal fry and sometimes uses exaggerated hand gestures. Her voice is perhaps most notable for the unique way in which she pronounces her brother's name, "David". Murphy says this tone was partially influenced by reality stars and actresses like the Kardashian sisters, Lindsey Lohan, and Paris Hilton.

Throughout the seasons, Alexis has also become known for the catchphrase "Ew, David!", an exclamation she frequently uses to voice her displeasure at her brother.

Alexis is introduced as spoiled and ready to jet off with any man who can rescue her from Schitt's Creek. She is largely occupied by her romantic prospects and is dependent on their affections to ease her into her new life. As the series progresses, Alexis becomes more independent by obtaining her high school diploma and Associate degree before starting her own business. This growth also transfers to her personal relationships, as she slowly begins to realize that loving others requires sacrifice and selflessness. By the end of season five, Alexis, who once spent most of her time an ocean away from her family, is shown as hesitant to leave them behind. 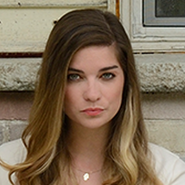 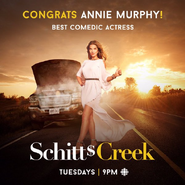 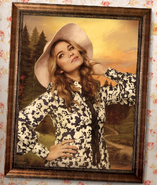 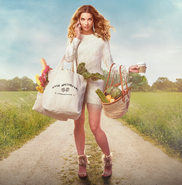 Retrieved from "https://schitts-creek.fandom.com/wiki/Alexis_Rose?oldid=10346"
Community content is available under CC-BY-SA unless otherwise noted.