Mayor Roland N. Schitt is the eccentric mayor of Schitt's Creek, and a fourth-generation Schitt. He later starts working at the motel. He is a main character on Schitt's Creek.

Though not be the sharpest tool in the shed, he’s no push over either and delights in messing with Johnny Rose's head. With his beer gut and mullet, Roland is Johnny’s white trash nemesis.

Before marrying his wife Jocelyn in 1990, Roland enjoyed an active love life, making full use of every room in the Schitt's Creek Motel, even stating that if someone used a forensic flashlight in one of the rooms you could see his ejaculate; a fact he likes to share around. In addition to being Mayor (and having been mayor since 1997), Roland considers himself the Law in Schitt's Creek, though he's willing to bend a few rules for the Rose family, but Roland loves to remind them not to bite the hand that feeds them.

Roland is highly attuned to the nuances of local politics, although he’ll rarely lift a finger to institute any actual change. He’s blunt, forthright, and will always tell you what’s on his mind, even if it didn't need to be heard.

He is always willing to go above-and-beyond for his family, so long as he gets to play video games and watch his Julia Roberts rom-coms.

Roland has gradually learned to put family first, and with a new baby, he wants to be more hands-on this time around. In fact, it appears to be the first job he has really taken seriously. Roland has become an essential part of the Roses’ life in Schitt’s Creek, whether they like that or not.

In season one, Roland acts like a bit of a bad boss, and although not technically Johnny's boss, he definitely appears like this, especially when he helps Johnny and Moira. And though he sets them up in the motel, Roland still acts like a bad Samaritan, as he continues to make them miserable. All in all, Roland is uncouth and rude and initially embodies everything the Roses hate and fear about the town. However, he subverts the trope by being a tolerant, and in his own way, sensitive person in the later seasons.

As the mayor of Schitt's Creek, Roland is mostly incompetent and ineffective, but it's very clear he wants to do right by the town, and the Schitt's Creek townspeople don't seem to mind him at all, and very much respect him. 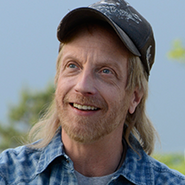 Add a photo to this gallery
Retrieved from "https://schitts-creek.fandom.com/wiki/Roland_Schitt?oldid=10450"
Community content is available under CC-BY-SA unless otherwise noted.